Spider-Man is back for another exciting adventure! This time our friendly neighborhood superhero has decided to join his friends and the rest of the gang on a vacation to Europe, and leave the heroics at home to focus on his friendships. Inspired by Spider-Man: Far From Home, Sideshow and Hot Toys are thrilled to officially present the latest movie masterpiece – 1:6th scale Spider-Man (Stealth Suit) Collectible Figure which captures Spider-Man in his new black suit!

Expend your Marvel collection with this impressive Spider-Man figure! 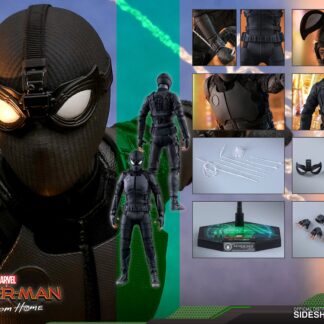