Gundam  Expo Exclusive
MBF-02 Strike Rouge is a Multi-Mode Mobile Suit appearing in “Mobile Suit Gundam SEED” and its sequel “Mobile Suit Gundam SEED Destiny“. Its primary pilot is the Princess of Orb Cagalli Yula Athha. The word Rouge is the French word for the color red.
The detail in this 1/144 Scale Plastic Model Kit is similar to the Perfect Grade, which is insane! It comes with the entire Aile Strike arsenal, detailed like you’ve never seen before; the beam rifle, shield, beam sabers, and Aile Striker are all included!
All components are already printed in color, but can be painted according to your tastes with special paints or with Gundam Marker. 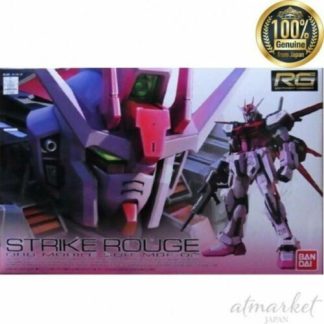