After Doberman Pinscher and British bulldog, now we have German Shepherd in our animal line.

German Shepherds are medium to large-sized dogs. They have a domed forehead, a long square-cut muzzle with strong jaws and a black nose. The eyes are medium-sized and brown. The ears are large and stand erect, open at the front and parallel, but they often are pulled back during movement.

Because of their strength, intelligence, trainability, and obedience, German Shepherds have proved themselves capable on the battlefield. They serve as sentries, messengers, and ammunition carriers. And they are especially good at aiding wounded soldiers to safety and medical attention. 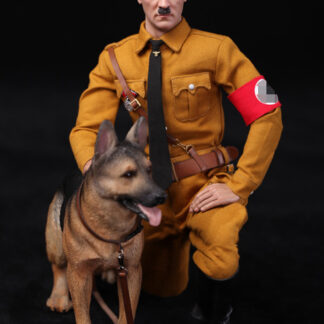