At a top secret research facility in the 1960s, a lonely janitor forms a unique relationship with an amphibious creature that is being held in captivity.

The Shape of Water received critical acclaim with praise for the acting, screenplay, direction, visuals, production design and musical score, with many calling the film one of Del Toro’s best works.

This film won the Oscar for Best Picture at the 2018 Academy Awards.

Elite Creature Collectibles is proud to present our museum quality amphibian man from the movie The Shape of Water. The bust was sculpted by the original key artist Mike Hill who created the amphibious character for the movie.

* Each Certificate of Authenticity is signed by Mike Hill

* Limited in production to 399 pieces worldwide 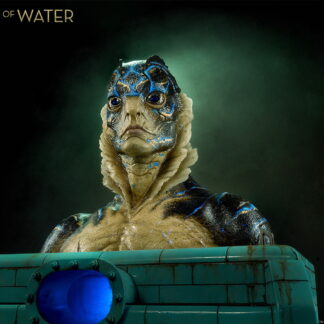