Magic Johnson, a of the greatest NBA Legend, is a former president of basketball operations of the Los Angeles Lakers of the NBA. His career achievements include three NBA MVP Awards, nine NBA Finals appearances, twelve All-Star games, and ten All-NBA First and Second Team nominations. He led the league in regular-season assists four times, and is the NBA’s all-time leader in average assists per game. Johnson was honored as one of the 50 Greatest Players in NBA History in 1996. Johnson became a two-time inductee into the Basketball Hall of Fame – being enshrined in 2002 for his individual career, and again in 2010 as a member of the “Dream Team”.He was rated the greatest NBA point guard of all time by ESPN in 2007.

Johnson’s achievements were much more success and even occurred earlier than Michael Jordan. No one can beat it. 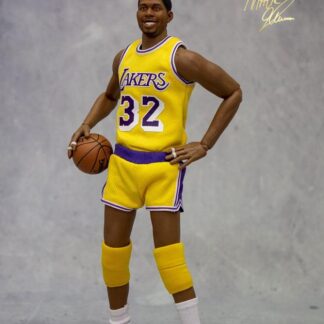