Maria Hill has been an important character in the Marvel Cinematic Universe where she has assisted Nick Fury and the Avengers when faced with dangerous situations and dangerous adversaries.

Fans have been anticipating the sixth scale collectible figure of this tough and clear-headed female agent. Today Sideshow Collectibles and Hot Toys are thrilled to introduce the new Maria Hill Sixth Scale Collectible Figure based on her appearance Avengers: Age of Ultron as one of the 2015 Toy Fair Exclusive items!

The movie-accurate collectible is specially crafted based on the image of Cobie Smulders as Maria Hill in the film featuring a newly developed head sculpt, finely tailored outfit, weapon and accessories, and an Avengers: Age of Ultron themed figure stand.

Agent Hill will be a great addition to your Avengers: Age of Ultron collection. 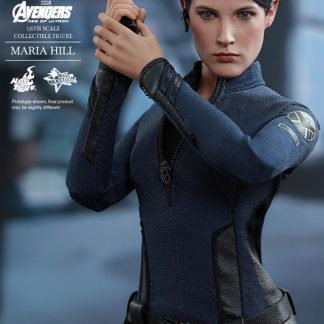