The 1989 Batmobile from the film directed by Tim Burton was built on a Chevrolet Impala chassis with a Chevy V8 engine, and was based on and modified from a 1970 Corvette body. Its original conceptual design was elaborated by Julian Caldow, under the direction of Tim Burton and Anton Furst. Caldow also designed the appearance of the Armored shield, Furst wanted Caldow to include components from jet planes, war machines and other similar vehicles in his quest to produce a car for a bolder and darker Batman than seen previously. 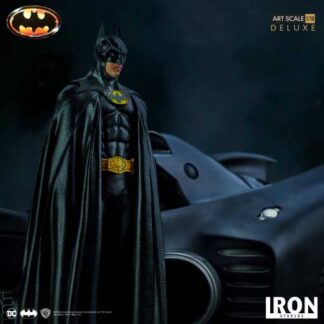