NECA presents our first action figure ever from Dark Horse Comics’ “Predator: 1718”! One of the most memorable moments in the 1990 film Predator 2 is when Elder Predator gives his flintlock pistol to Detective Harrigan as a sign of respect. “Predator: 1718” reveals the story of how Elder (whose coloration was more yellow in his younger days) originally acquired the pistol. 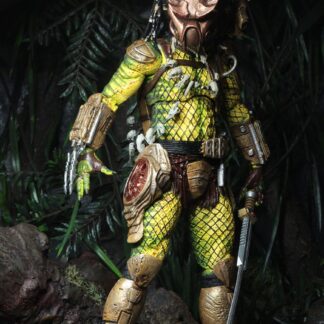