Mosasaurus was a genus of large aquatic carnivorous lizard from the Late Cretaceous about 70-66 million years ago. Mosasaurus gave its name to a group of marine lizards – Mosasaurs. It fed on such prey as seabirds, sharks, large fish, plesiosaurs and even other mosasaurs.

We tried to capture the scene of Mosasaurus consuming a shark and made it into diorama (shark is available only with Exclusive Version). The statue is made with a high attention to details by recreating the skin wrinkles, muscles, water effect to be as perfect as possible in this dynamic pose. 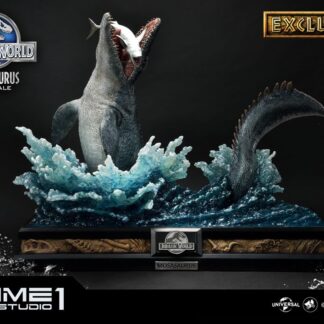